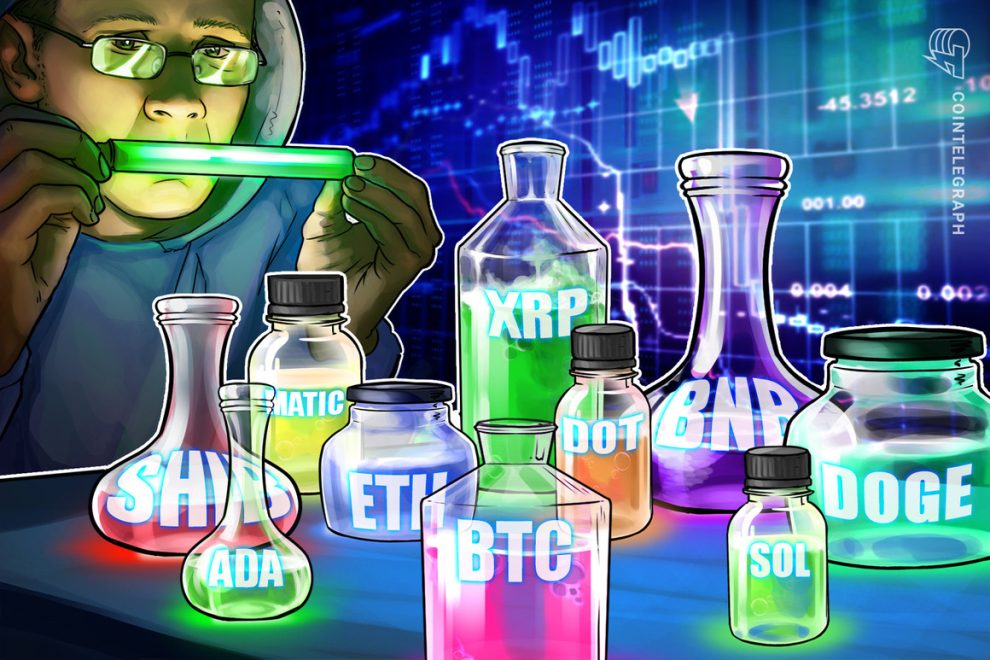 Federal Reserve Chairman Jerome Powell warned that the central bank will continue to use the “tools forcefully” to bring down inflation, which is close to its highest level in 40 years. He cautioned that the restrictive policy may remain for some time and warned that it could “bring some pain to households and businesses.”

Along with a not-so-supportive macro environment, Bitcoin’s historical data for September also presents a negative picture. According to CoinGlass data, Bitcoin has witnessed an average decline of 6% in September and barring 2015 and 2016, the month has produced negative returns for investors between 2013 and 2021.

Could Bitcoin and major altcoins remain weak in the near term? Let’s study the charts of the top-10 cryptocurrencies to find out.

Bitcoin’s shallow rebound off the support line of the ascending channel indicated that bulls are cautious at higher levels. The downsloping 20-day exponential moving average (EMA) ($22,249) and the relative strength index (RSI) in the negative territory, indicate that bears have the upper hand.

Strong selling has pulled the price below the ascending channel on Aug. 26. If bears sustain the price below $20,762, the selling could intensify and the BTC/USDT pair could drop to $18,900. This level may again act as a strong support but if it breaks, the decline could extend to the June 18 intraday low at $17,622.

This negative view will be invalidated in the near term if the price turns up from the current level and breaks above the 50-day simple moving average (SMA) ($22,414). Such a move will indicate that lower levels continue to attract buyers. The pair could then attempt a rally to the resistance line of the channel.

Buyers could not push Ether (ETH) above the 20-day EMA ($1,697) on Aug. 25, indicating that bears are defending this level with vigor.

The selling picked up momentum and the bears have pulled the price below the 50-day SMA ($1,588). A close below this support could sink the ETH/USDT pair to $1,500. If the price slips below this crucial support, the pair will complete a bearish head and shoulders pattern. The target objective of this setup is $1,050.

Contrary to this assumption, if the price rebounds off the $1,500 support, the bulls will again attempt to clear the overhead hurdle at $1,700. If they succeed, it will suggest that the pair could rise toward the overhead resistance at $2,000.

The bulls pushed BNB above the 20-day EMA ($300) on Aug. 25 but the long wick on the candlestick suggests that bears are selling at higher levels.

The price has turned down on Aug. 26 and the bears are attempting to sink the price below the immediate support at $275. If they succeed, the BNB/USDT pair could complete a bearish head and shoulders pattern. That could result in a decline to $240 and then to the pattern target at $212.

Conversely, if the price turns up and breaks above $308, it could catch the aggressive bears off guard. The pair could then rally to the overhead resistance of $338. If bulls clear this hurdle, the pair will complete a bullish inverse head and shoulders pattern.

The bulls pushed Ripple (XRP) above the moving averages on Aug. 26 but the long wick on the candlestick suggests strong selling at higher levels.

The price turned down sharply and the bears are attempting to sink the XRP/USDT pair below the immediate support at $0.33. If they succeed, the next stop could be the critical support at $0.30. A break and close below this level could indicate the resumption of the downtrend.

Alternatively, if the price rebounds off $0.30, it will suggest that bulls continue to buy at this level. That could increase the possibility that the pair may remain stuck between $0.30 and $0.39 for some more time.

Cardano’s (ADA) recovery turned down sharply from the 20-day EMA ($0.49) on Aug. 26, suggesting that the higher levels continue to attract strong selling by the bears.

The price could reach the immediate support at $0.43 and if that level also gives way, the next stop could be the crucial level at $0.40. The bulls successfully defended this support on two previous occasions; hence, the level may again attract buying.

If the price rebounds off the current level or $0.40, the bulls will again try to clear the overhead hurdle at the moving averages. If they manage to do that, the ADA/USDT pair could rally to the downtrend line where the bears may mount a strong defense.

Solana (SOL) has been gradually declining toward the strong support at $32, which suggests a lack of demand at higher levels.

The 20-day EMA ($38) is sloping down and the RSI is in the negative territory, indicating advantage to bears. If the $32 support collapses, the SOL/USDT pair could drop to the vital support at $26. This is an important level to keep an eye on because a break below it could signal the resumption of the downtrend.

Contrary to this assumption, if the price rebounds off the support at $32, it will suggest that bulls are buying the dips to this level. The buyers will have to push the price above the 50-day SMA ($39) to indicate that the range-bound action between $32 and $48 may continue for a few more days.

Dogecoin (DOGE) marginally rose above the 20-day EMA ($0.07) on Aug. 25 but the bulls could not sustain the higher levels. This suggests that bears are defending the level aggressively.

Strong selling on Aug. 26 pulled the price below the trendline of the ascending triangle pattern. If the price sustains below the triangle, it will invalidate the bullish setup. The DOGE/USDT pair could then decline to $0.06 and later to $0.05.

Alternatively, if the price rebounds off the current level, the buyers will again attempt to clear the overhead hurdle at the 20-day EMA. If they succeed, the pair could rally to $0.08 and thereafter to $0.09.

The bulls could not push Polkadot (DOT) above the 50-day SMA ($7.82) in the past few days, indicating that bears continue to sell on minor rallies.

The downsloping 20-day EMA ($7.93) and the RSI in the negative territory indicate that bears have a slight edge. The negative momentum could pick up if bears sink the price below the strong support at $7. If that happens, the DOT/USDT pair could decline to the crucial support at $6.

Alternatively, if the price turns up from the current level or $7 and rises above the moving averages, the pair could attempt a rally to $9.17 and then to the overhead resistance at $10.

Shiba Inu’s (SHIB) volatility picked up and the bulls pushed the price above the overhead resistance at $0.000014 on 25 August. However, the long wick on the day’s candlestick suggests that bears continue to sell on rallies.

The sellers are currently attempting to sustain the price below the 20-day EMA ($0.000013). If they succeed, the SHIB/USDT pair could drop to the next support at $0.000012. This is an important level for the bulls to defend because if it cracks, the decline could extend to $0.000010.

To invalidate this negative view, the buyers will have to push and sustain the price above $0.000014. If they manage to do that, the pair could rally to the stiff overhead resistance at $0.000018.

Polygon’s (MATIC) rebound off the strong support at $0.75 is facing resistance near the 20-day EMA ($0.85). This suggests that the sentiment remains negative and bears are selling on rallies.

The sellers will make an attempt to sink the price below the strong support at $0.75. If they succeed, the MATIC/USDT pair could decline to $0.63. The bulls may mount a strong defense at this level but if the support cracks, the next stop could be $0.52.

This negative view could be invalidated in the near term if the price turns up from the current level and breaks above the 20-day EMA. If that happens, the pair could attempt a rally to the stiff overhead resistance of $1.05.

The views and opinions expressed here are solely those of the author and do not necessarily reflect the views of Cointelegraph. Every investment and trading move involves risk. You should conduct your own research when making a decision. 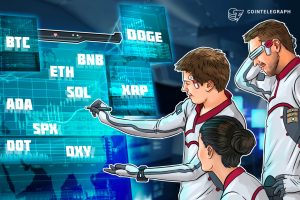 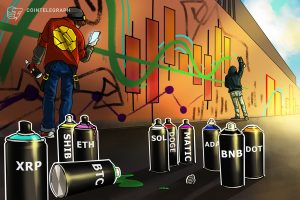 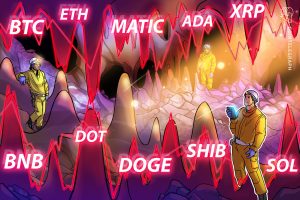