Ethereum records monthly high with $150 million being liquidated on the market as we can see more today in our latest Ethereum price today.

The price of ETH exploded in the past few hours and reached an intraday high of $1420 which happens a day after the developers confirmed that the merge is on track to happen in September. As per the data from Coinglass, the past hour saw $150 million in liquidated ETH positions and the biggest single liquidation order happened on the FTX exchange while carrying a face value of $2.81 million as Ethereum records monthly high. The majority of the liquidated positions were short. This happened on the back of ETH exploding by 7% in an hourly candle and charted a new high of $1422 on Binance.

The volume on the candle was over $300 billion and the last time ETH was trading at these prices was back on June 13 which means that the crypto charted a new high. Ethereum is up over 10% in the past day with a whopping 40% in the past 2 days. It is also worth noting that an increase will come when developers confirm the ETH merge is on track to happen days before launch.

As earlier reported, BTC began its recovery after and came knocking on the $20,000 door a few days later after taking a few attempts but then reclaimed the coveted level and kept on increasing. After being stopped at $21,000 yesterday, the bulls returned to the scene and nudged Bitcoin north of the line so now BTC stands above $21,500 after charting a new weekly high. The market cap surged above $400 billion but the dominance of the altcoins dropped to 42% as most of them were in the green.

As mentioned, the alternative coins are also in green. For example, Ethereum leads the way with a strogn 14% increase and spiked above $1400 a few hours ago. Similar price increases were evident from Avalanche, Matic, Solana, and Polkadot which all soared by double digits. SOL trades above $40 and DOT north of $7. Cardano, Ripple, BNB, Tron, Litecoin, DOGE, and SHIB also entered the green. Ethereum classic exploded by 33% and it is the best performer among the lower cap altcoins, trading near $20. with most altcoins charting some strong gains, the market cap added over $60 billion in one day and sits near the $1 trillion mark. 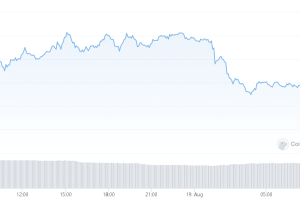 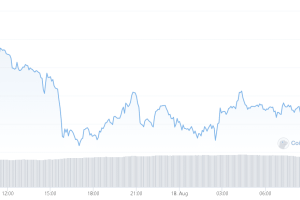 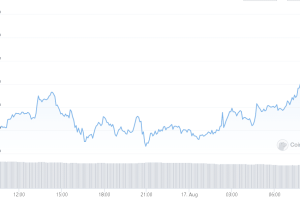