Creating a cryptocurrency from scratch isn’t easy. It requires extensive knowledge of various programming languages and knowledge of blockchain use cases, among other things. Instead of going through that effort, those newer to the crypto space wanting to build their own project tend toward tokens.

Tokens are a crypto asset that exists within an ecosystem, like a project built on Ethereum. A token may be compatible with all Ethereum-based assets sharing the same token standard but wouldn’t be compatible with cross-chain cryptocurrencies.

Essentially, tokens enable one to build their blockchain-based business or idea without the massive effort required to build a cryptocurrency from scratch. However, creating it comes with its own set of problems such as legality, fees, and smart contract security.

With decentralized finance (DeFi) applications on the rise, platforms are suffering from more hacks than ever before. DeFi hacks caused over $ billion in users’ losses so far in 2021, meaning token security is more vital than ever. Unfortunately, there’s no easy solution to such threats.

Some projects may not be able to afford experienced contract developers, which could be their downfall before even starting. For an industry trying to go mainstream and ask developers of all backgrounds to start their own tokenized projects, security needs a standard. Otherwise, that $361 million is about to be a lot higher.

Projects and developers need an easier way to establish token security. However, there are blockchain projects working to assist new developers – platforms that generate tokens with pre-built security standards to make sure developers have a baseline.

A token deployment decentralized application (DApp) enables users to mint and deploy their own tokens via a Web 3.0 wallet. The token would follow all the standards necessary on their blockchain of choice and would take advantage of the blockchain’s security and efficiency.

Of course, such a project should have pre-audited code, and a deployment DApp would need solid developers and a strong team behind it themselves.

The project that currently exists in that same form is Lossless. It is a multi-chain protocol that mitigates DeFi hacks via a specialized code that projects integrate into their own. By inserting the Lossless code into the token, token creators receive protection from fraudulent transactions.

Lossless works by integrating user-created, hack-spotting bots that freeze suspicious transactions. Bots are created by white hat hackers participating in the network, who earn rewards every time their bot finds a hack.

Recently Lossless launched a Token Minter feature for developers to mint their own token smart contracts on the Ethereum (ETH), Polygon (MATIC), and Binance Smart Chain (BSC) networks. The project’s code is pre-audited, providing users with a secure way to start their own token. Lossless’ token minter is also free to try, requiring users only to pay the gas fee once for contract deployments. Minters can choose to pay for a third-party security audit from cybersecurity company Hacken.

Tokens minted within Lossless have built-in sleeper code that activates upon the Lossless security protocol launch. The sleeper code exists alongside Lossless’ other security features, of course.

The Lossless minting tool is meant as an experimental feature for users to test this security for themselves. It mints a token in minutes, enabling anyone to build the foundation for their idea. Lossless describes the tool as “a free-to-use tool for anyone to create and deploy token contracts at will on ETH, BSC and Polygon. You’ll be done with your contract in minutes. Go ahead, start playing around and experimenting with it.”

Disclaimer. Cointelegraph does not endorse any content or product on this page. While we aim at providing you with all important information that we could obtain, readers should do their own research before taking any actions related to the company and carry full responsibility for their decisions, nor can this article be considered as investment advice. 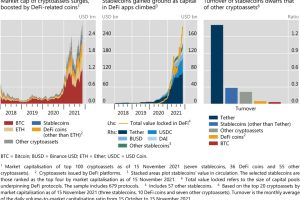 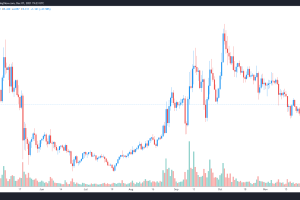 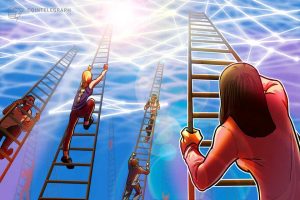