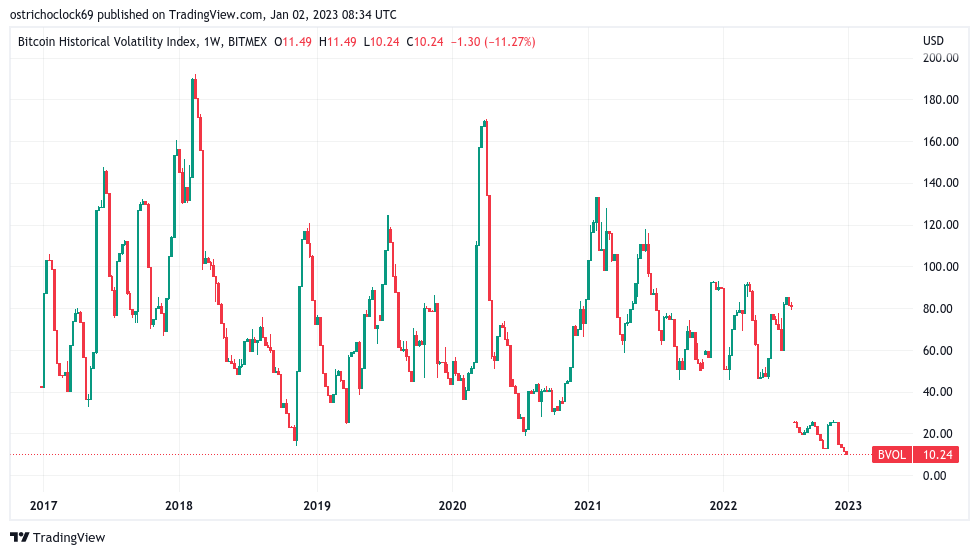 Bitcoin (BTC) begins the first week of 2023 in an uninspiring place as volatility stays away — along with traders.

After failing to budge throughout the Christmas and new year break, BTC price action remains locked in a narrow range.

Having sealed yearly losses of nearly 65% in 2022, Bitcoin has arguably seen a classic bear market year, but for the time being, few are actively predicting a recovery.

The situation is complex for the average hodler, who is watching for macro triggers courtesy of the United States Federal Reserve and economic policy impact on dollar strength.

Prior to Wall Street returning on Jan. 3, Cointelegraph takes a look at the factors at play when it comes to BTC price performance in the coming week and beyond.

Bitcoin hodlers may be wishing for volatility, but so far, BTC price action has remained distinctly comatose, data from Cointelegraph Markets Pro and TradingView shows.

It seems nothing — low-volume Christmas trading, the quarterly and yearly candle closes and even macro data prints before that — can shift the status quo.

As Cointelegraph reported, Bitcoin volatility even managed to hit new record lows in the run-up to the end of the year, as per the Bitcoin historical volatility index (BVOL).

Looking ahead, traders are thus conservative as to what lies in store for BTC/USD as signs of a fundamental shift remain wholly absent from market behavior.

“It takes a tiny pump into resistance to turn everyone bullish again. This same bull trap has been happening during the entire 2022, yet people don’t learn,” Il Capo of Crypto argued on the day:

His comments came alongside a modest shift upward for Bitcoin, which passed $16,700 for the first time in several days.

They were echoed by popular trader and analyst Pentoshi, who likewise flagged $12,000 as a key support zone for Bitcoin to revisit in terms of volume on higher timeframes.

“Expecting all these levels to be reached in 2-3 months,” Twitter commentary confirmed on Jan. 1.

With another week to go until the United States Consumer Price Index (CPI) print for December hits, the first days of January are relatively calm when it comes to macro BTC price catalysts.

That does not mean that there is nothing to look out for, however, as Purchasing Managers’ Index (PMI) and non-farm payroll data are all expected in the coming week.

The trend in the short to mid-term remains one of declining inflation, according to CME Group’s FedWatch Tool, this in turn allowing risk assets room for maneuvering.

The Federal Reserve has yet to signal that it will pivot on its interest rate hikes, despite the pace of those hikes already beginning to fall. As soon as those signals come in, sentiment around risk-on should markedly strengthen.

For “Big Short” investor Michael Burry, however, even that more permissive scenario is not the end of the inflation story.

“Inflation peaked. But it is not the last peak of this cycle,” he warned in a tweet on Jan. 2:

“We are likely to see CPI lower, possibly negative in 2H 2023, and the US in recession by any definition. Fed will cut and government will stimulate. And we will have another inflation spike. It’s not hard.”

The results of Fed policy have been clear to see for 2022 stock market performance, with the S&P 500 for example finishing the year 1,000 points below many of the most popular estimates.

While markets await the first Wall Street trading day of 2023, the U.S. Dollar Index is already struggling in what could be the year’s first silver lining for crypto assets.

The U.S. Dollar Index (DXY) is currently threatening to fall through support unchallenged for over six months, after which the 100-point level reenters.

Difficulty due to drop amid grim hash rate data

In the knee-jerk world of Bitcoin fundamentals, it is business as usual as the year begins.

Bitcoin’s upcoming difficulty adjustment due Jan. 3 will wipe out gains made two weeks prior in a sign that miners remain under pressure over BTC price performance.

After rising 3.27% on Dec. 19, difficulty will drop by an estimated 3.5% this week, according to data from BTC.com, thus failing to seal new all-time highs.

Difficulty data in and of itself provides an interesting insight to Bitcoin’s health “under the hood” — despite concerns over miners’ financial stability, competition for block subsidies remains conspicuously high.

That said, data from late December captured a grim snapshot for the average network participant, with hash rate — an estimate of aggregate processing power dedicated to mining — hitting its lowest levels for the year.

“This is by far the most brutal Bitcoin miner capitulation since 2016 and possibly ever,” Charles Edwards, founder of Capriole Investments, commented at the time:

“Hash Ribbons capitulation has captured the lowest Bitcoin hash rate reading of 2022 as miners bankrupt and default under the great pressure of squeezed margins globally.”

An accompanying chart showed Bitcoin’s hash ribbons indicator entering another “capitulation” zone, in which miners shut off hash rate en masse. A similar event occurred in July 2022 and another a year prior to that.

As Cointelegraph reported, Bitcoin’s public mining companies also continue to feel the strain, with Core Scientific getting a provisional bankruptcy loan of nearly $40 million from creditors including BlackRock.

As volatility stays absent from Bitcoin for weeks on end, there is understandably little impetus to sell among hodlers.

The latest on-chain data supports that theory, with the BTC supply becoming increasingly dormant as speculators stay away.

According to on-chain analytics firm Glassnode, the amount of the supply stationary in its wallet for the past five to seven years has hit its highest since January 2018.

That trend has been in place for much of the past year, as those who bought BTC in the last halving cycle see their purchase prices returning.

As the supply ages, the volume of coins moving on a short-term basis is likewise decreasing, hinting at an absence of knee-jerk speculative trading.

“Supply is getting rare again,” analytics resource Stockmoney Lizards responded to similar dormancy data at the end of last month.

An accompanying chart showed the relationship between dormant supply and macro highs and lows for BTC price action.

In a similar sign that many market participants simply do not know how to feel about the future of crypto, sentiment is neither here nor there.

That is one reading of popular sentiment gauge, the Crypto Fear & Greed Index, which continues to surf territory just above “extreme fear.”

A story already characterizing much of the period after the FTX meltdown, sentiment appears to be confused over how bad the state of crypto really is.

Out of the Index’s five sentiment brackets, only “fear” has endured in recent weeks, with the last trip deeper into “extreme fear” coming in late November.

As Cointelegraph has explained in a dedicated guide, Fear & Greed can offer key insights into market activity based on investor behavior. In 2022, it hit lows of 6/100, a score rarely ever seen in Bitcoin’s lifetime.

“Despite a brutal 2022 for crypto in terms of sentiment, I have never been more excited about the industry long term from a fundamentals perspective,” Daniel Cheung, co-founder of investment firm Syncacy Capital, nonetheless concluded in a Twitter thread on Jan. 1.

The views, thoughts and opinions expressed here are the authors’ alone and do not necessarily reflect or represent the views and opinions of Cointelegraph. 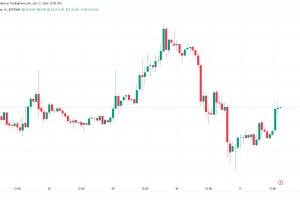 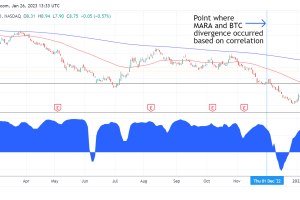 Bitcoin price is up, but BTC mining stocks could remain vulnerable throughout 2023 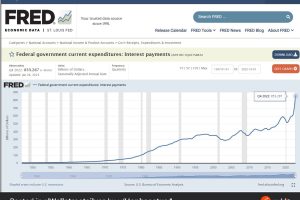 3 reasons why it could be a rocky week for Bitcoin, Ethereum and altcoins
These 4 altcoins may attract buyers with Bitcoin stagnating
Comment